You are here: Home / News / The Conference of Asian Cultural Dialogues was held at the Faculty of World...

The Islamic Culture and Relations Organization in collaboration with the Faculty of World Studies of University of Tehran organized the first Conference of Asian Cultural Dialogue, which was held on 14 and 15 January 2018. 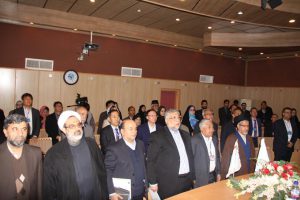 The conferences attracted many academicians, cultural elites and Asian intellectuals with the objectives of promoting cooperation and common understanding among Asian countries and confronting the escalating threats of violence and extremism.

The conference, which provided an opportunity and the ground for cooperation among the participating nations, stated its prime objective that cultural cooperation among the Asian countries paves the way for peace and stability, and the development of a culture of peace and friendship among these nations. It is worth stressing that the sustained impacts of cultural dialogue between elites and intellectuals are undoubtedly a means of gaining a common understanding and finding the appropriate way to encounter the existing challenges of regional relations. 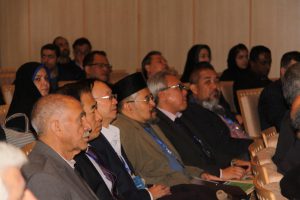 The opening ceremony of the Conference was held a the Hannaneh Hall of the Faculty of World Studies on Sun 14 Jan and including six keynote speeches. 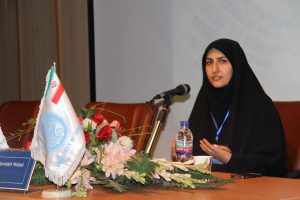 First, Dr Hamideh Molaei, the Scientific Secretary of the Conference and an Assistant Professor at the Department of South and East Asia & Oceanian Studies of the Faculty of World Studies, welcomed the audience and noted that the prime purpose of organizing this conference was cultural and language exchange and finding common cultural grounds. Then, she elaborated on the selection of the submitted scientific articles, and noted that the scientific committee of the conference decided to categorize the submitted manuscripts into four panels covering cultural history and contemporary affairs, including: 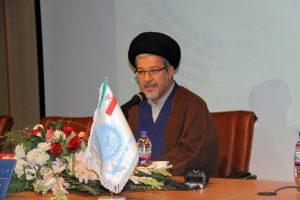 The first keynote speaker was Prof Saied Reza Ameli, the Scientific Chair of the Conference and the Dean of the Faculty of World Studies. Prof Ameli extended his gratitude to the organizing committee of the Conference, including Dr Hamideh Molaei, Dr Abuzar Ebrahimi Turkman and the scientific committee. Prof Ameli emphasized on the significance of dialogue in having a better world, where violence and conflict are prevalent. In addition, he noted the role of communication and dialogue avoiding misunderstandings in one’s personal and social lives, and stated that the Atomic bombings of Hiroshima and Nagasaki were the results of American misrepresentation of Japan internationally. The dialogue leads to a rational peaceful world, instead of a capitalist war waging world. Moreover, Prof Ameli suggested the practice of effective communication instead formal and bureaucratic communications. 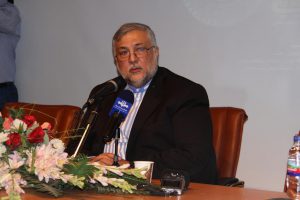 Then, Dr Abuzar Ebrahimi Turkman, the Director of the Islamic Culture and Relations Organization, extended his gratitude to Prof Ameli and the Faculty of World Studies for organizing the conference, and made note of the necessity of inter-cultural dialogue. Dr Ebrahimi Turkman continued that communication can change hatred to love, and noted that even God had spoken with Satan in Quran.

It has been started that in face of the globalization process and cultural integration, Asian countries have tried to preserve their cultural identity while welcoming the global culture and maintaining a positive engagement with it. 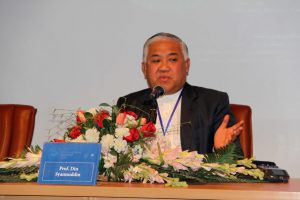 The other keynote speakers were including Prod Din Sham al-Din, an advisor to the Malaysian President, Dr MohammadReza Majidi, the Secretary General of the Asian Parliamentary Assembly, Dr Hanfi bin-Hussain, the Dean of the College of Arts and Social Sciences at the University of Malaya, and Dr Fan Quang Minh, the Chancellor of Ho Chi Minh City University of Social Sciences and Humanities. 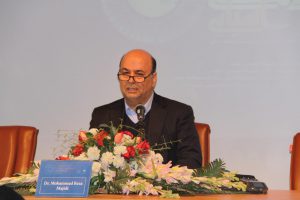 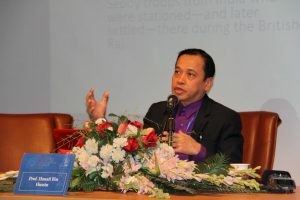 The conference covered over 30 lecturers and presentations, a few of which were including:

“The Cultural Convergence in Asia: Synergistic for encountering violence and extremism” presented by Dr Mohammad Reza Saeid Abadi, an Associate Professor at the Faculty of World Studies, University of Tehran.

“Extremism: a philosophical issue” by Dr Arghom Kasoangono, the Dean of the Faculty of Philosophy at Java University in Indonesia.

“The social roots of extremism in the fundamentals of moderate Islamism” by Dr Mohammad Navab ibn-Usman, a researcher at the S. Rajaratnam School of International Studies in Singapore.

“Historical and cultural relations: the foundation for plummeting extremisms in Central and East Asia” by Dr Abolfazl Olamayifar.

“Heritage and dialogue towards enhancing the cultural relations of Iran and South East Asian countries: opportunities and threats” by Prof Ziad Amad. 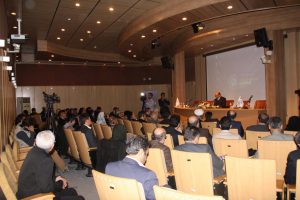 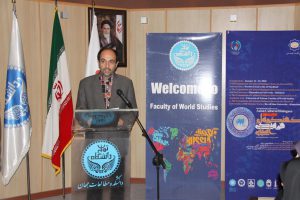 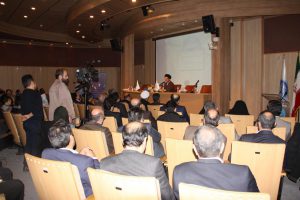 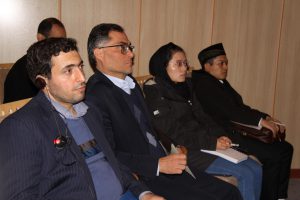 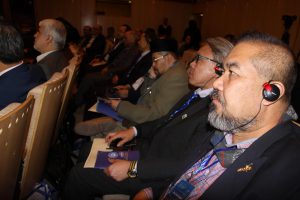 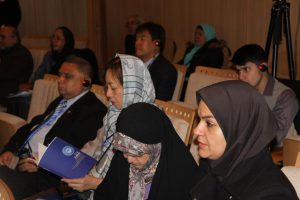 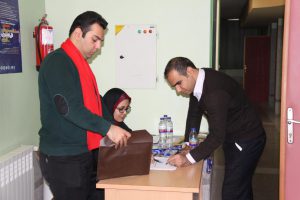 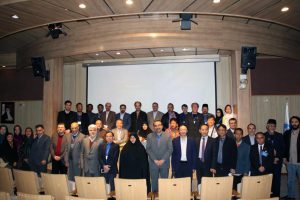 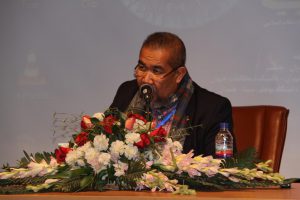 The Second Consensus Meeting of the Faculty Members was Held