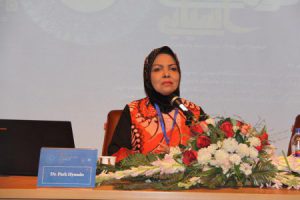 Dr. Nurhayati Ali Assegaf, Member of the Parliament of Indonesia and one of the prominent political and cultural figures of the country, spoke at the Faculty of World Studies on Monday, January 15, 2018.

FWS researcher is the recipient of peer review award