You are here: Home / News / Meeting on “Postcolonial Dimension of Aimé Césaire’s Literary Works” held at...

The meeting on “Postcolonial Dimension of Aimé Césaire’s Literary Works” was held at the Faculty of World Studies on Tuesday, December 19, 2017. Dr. Ali Behdad, Professor of Comparative Literature at UCLA began the meeting by greeting the attendees and briefly introducing the French author, Aimé Césaire. 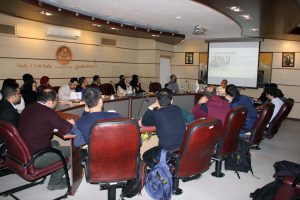 “French poet, intellectual, and author, Aimé Fernand David Césaire, was born in 1913. He is considered as one of the prominent literary and intellectual figures of anticolonial France in the Caribbean and Africa. His first work, Cahier d’un Retour Au Pays Natal, was published in 1939,” he said.

Professor of UCLA added, “In 1945, the fifth Pan-African Congress began where 90 delegates from 26 countries discussed the independence of African countries. The Congress was established with the aim unifying the African markets and promoting a new political perspective for the continent. Césaire’s attendance in this Congress originated many of his postcolonial ideas and beliefs.” 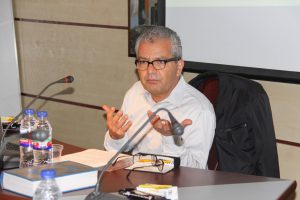 Dr. Behdad continued his speech by analyzing the postcolonial dimension of Césaire’s works. “Fighting against colonialism was the intellectual foundation of his ideas. He believed that the American hour of colonialism had begun since the demise of European colonialism. He used to say ‘This is American Hour’. He argued that ‘no colonialism would perish without a fight.’ His focus was on culture as the basis for freedom and liberty.”

Suggesting surrealism as the liberating factor in Césaire’s works, Professor of Comparative Literature added, “Césaire discredited the Western claim on civilization. His general critique was based on building the non-Western societies by the Western colonialism.” 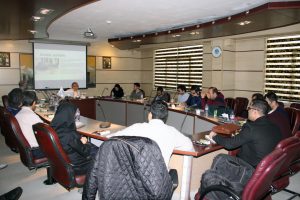 Dr. Behdad concluded his speech by attending to the political critique of Césaire’s discourse. “Césaire believes that European philosophers and authors were part of the colonial project. Césaire’s does not promote a nostalgic discourse of colonialism, rather, he established a future-oriented one. Therefore, first of all, the colonies must understand the colonial ideology. Then, they must embrace the rich African culture because freedom and independence do not only come around by perishing colonialism because a new colonial superpower is rising,” he said.

The meeting was concluded by a Q & A session.