17th UNESCO Chairs Program in Cyberspace and Cyber Culture: Dual-Spacization of the World meeting held at FWS; Content Analysis of Donald Trump’s Twitter and CNN News Channel during the Latest US Presidential Election

17th UNESCO Chairs Program in Cyberspace and Cyber Culture: Dual-Spacization of the World meeting held at FWS; Content Analysis of Donald Trump’s Twitter and CNN News Channel during the Latest US Presidential Election

The 17th UNESCO Chairs Program in Cyberspace and Cyber Culture: Dual-Spacization of the World meeting was held in Iran Hall of the Faculty of World Studies on Tuesday, December 5, 2017 where Ms. Seyede Zahra Emamzade, Ph.D. Candidate of Communication and Media at Canterbury University of New Zealand, spoke about “Content Analysis of Donald Trump’s Twitter and CNN News Channel during the Latest US Presidential Election”. 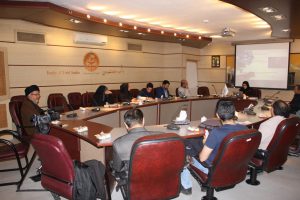 Dr. Ehsan Shahghasemi, Member of the Department of Communication at the Faculty of Social Sciences of the University of Tehran, began the meeting by greeting the attendees. “There is a need for research about media approaches of Trump and Clinton because the fate of our country and the world is linked to this election,” he said. 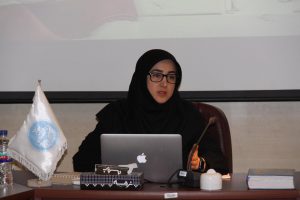 Ms. Emamzade continued the meeting by her speech about “Content Analysis of Donald Trump’s Twitter and CNN News Channel during the Latest US Presidential Election”. “During the last presidential election of the United States, the conflict between Trump and American media was an important issue. The current study focuses on this conflict. As verbal fights between Trump and CNN were the most visible ones, the research attends to the interaction and Trump’s reaction to CNN’s news or opinion reports,” she added.

Ph.D. Candidate of Communication and Media at the Canterbury University of New Zealand continued, “the findings of this research indicate that Trump mostly ignored the accusations of CNN and considered this approach the best policy against the news channel. There is only one situation where Trump reacted to CNN. It was the news about his relationship with his wife.”

Dr. Saeid Reza Ameli, Director of UNESCO Chairs Program in Cyberspace and Cyber Culture: Dual-Spacization of the World, was the next speaker at the meeting. He discussed the importance of UNESCO Chairs in Cyberspace and Cyber Culture. Focusing on political communication, he added, “Political communication is in a way the role of communication and media in guiding the politics. Therefore, we should see how Trump has used the new political communication environment after winning the election. Looking at Twitter, we realize that it has turned into a huge social capital. It also raises a new discussion about the power of social media. it means that algorithmic use of social media can automatically create, distribute, and promote the message. Trump has used Twitter against the ruling media environment.” 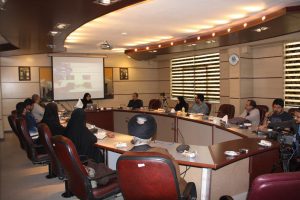 “In the real world, a campaign of more than 10 people is a huge event; while in social media when one message is created, it means that a population has seen it. Therefore, Trump’s success was in that he could create 450 tweets and develop a comprehensive, mass media space,” Professor of Communication at the University of Tehran continued. “Trump used the American white people’s feelings and gave them what they wanted. For example, he tweeted about Muslims, Latinos, and criticizing the American war spirit and intervention in other countries. He actually followed the opposite path after elections.”

Dr. Ameli concluded his speech by focusing on the impact of social media in Iran elections. “Using social media is an important issue which must be studied in political communication and political culture.”

The meeting was concluded by a Q & A session.

Arba’een Pilgrimage in photos of the sociologist and associate professor...