The 13th anniversary of Bolivarian Alliance for the Peoples of Our America (ALBA) held at FWS; Ambassadors of five Latin American countries attended

You are here: Home / News / The 13th anniversary of Bolivarian Alliance for the Peoples of Our America...

The 13th anniversary of Bolivarian Alliance for the Peoples of Our America (ALBA) held at FWS; Ambassadors of five Latin American countries attended

The 13th anniversary of Bolivarian Alliance for the Peoples of Our America (ALBA) was held in Hananeh Hall of the Faculty of World Studies on Tuesday, December 12, 2017. The Ambassadors of five Latin American countries of Venezuela, Cuba, Bolivia, Nicaragua, and Ecuador attended the ceremony. 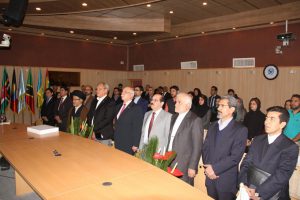 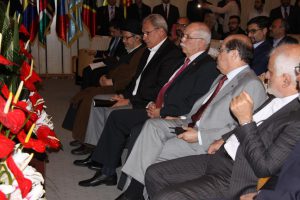 Dr. Saeid Reza Ameli, Dean of the Faculty of World Studies, commenced the meeting by welcoming the attendees, especially the Ambassadors. Remembering his memories of the time he was studying in the United States and his good relationship with Latino and Latin American friends, Dr. Ameli said, “Latin American people are friendly, lively, and enthusiastic and this is the same among the students of Latin American studies, language, and literature.” 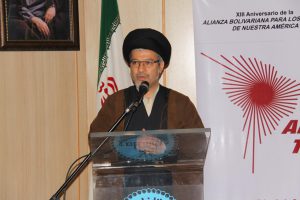 Dean of the Faculty of World Studies continued his speech by asserting the importance of ALBA for the Latin American people as it not only strengthens the integrity of the countries in the region but also plays a critical role in promoting the relations between Iran and member states of ALBA. “It is imperative to seek peace and tranquility in a world filled with tyranny and domination,” he said. 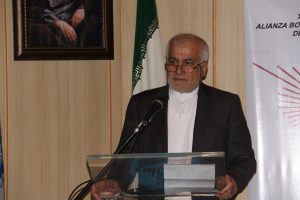 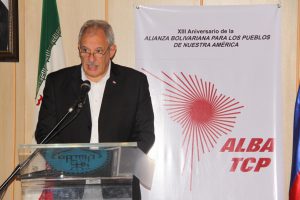 Mr. Alexis Bandrich Vega, the Cuban Ambassador to Tehran, began his speech by talking about Venezuela’s ruling party’ victory in municipal elections. Briefly discussing the history of ALBA and Hugo Chávez’s role in founding the alliance, he said, “Neoliberal model cannot be applied in Latin America as a unifying concept. For Latin American people, unity, integrity, and alliance is the most vital issue. We either unite, or we drown.” 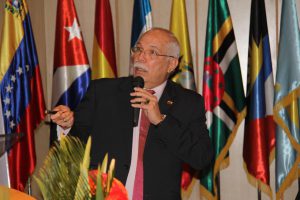 Jesús González González, the Venezuelan Ambassador to Iran, was the next speaker. He began his speech with a revolutionary spirit and introduced ALBA as another effort in Latin American war against United States imperialism. “ALBA is a victory. It was originally an agreement between Hugo Chávez and Fidel Castro and other Latin American countries gradually joined the alliance. Its most important achievement has been in fighting against free trade agreement in the region that blocks United States’ efforts to rob Latin America of its wealth.” 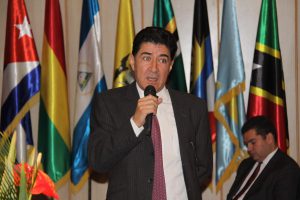 The next speaker was Mr. German Ortega, Ecuadorian Ambassador to Iran. Providing a series of data about ALBA during the past 13 years, he said, “Small member states of ALBA have enjoyed lots of assistance and support from the alliance by other member states. ALBA is dedicated to providing for the poor and is formed to listen to their voices.”

Mr. Walter Yanz, the Bolivian Ambassador to Iran, was the next speaker. He also introduced ALBA as an alliance against the United States that is advantageous for the poor classes of the society. He argued that the alliance is an alternative for neoliberalism, fighting against inequality and for public welfare. 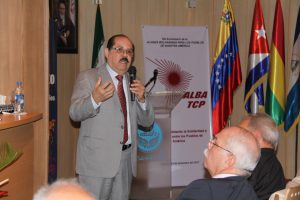 Mr. Mario Barquero Baltodano, the Nicaraguan Ambassador to Tehran, was the final speaker of the meeting. Remembering the days when Nicaragua would suffer up to 14 hours of darkness, without any electricity, he said that Daniel Ortega discussed the issue with Hugo Chávez and asked for his assistance. “ALBA means morning in Spanish. It is, in fact, the morning for member states.” 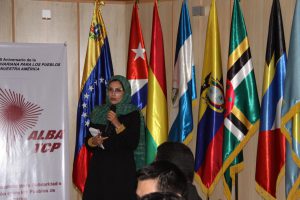 The meeting was concluded with a Q & A session. 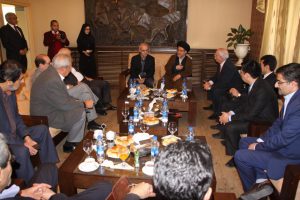 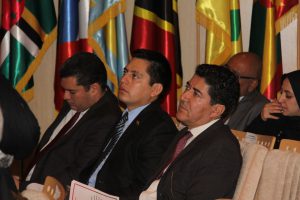 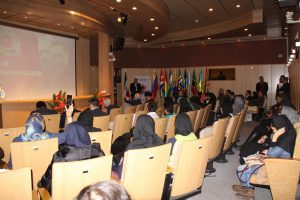 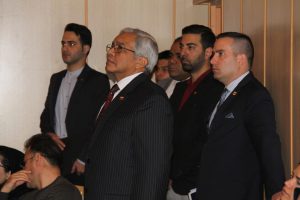 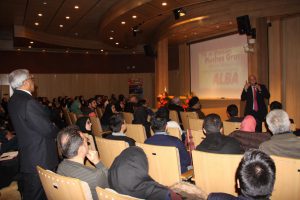 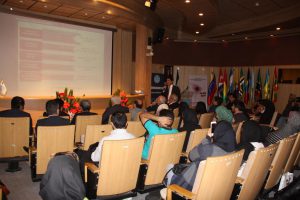 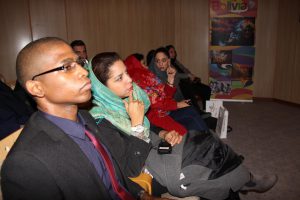 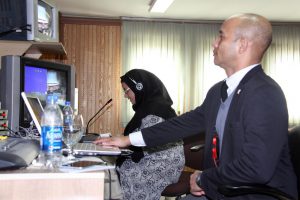 Book by Member and Director of Institute for North American and European Studies...