You are here: Home / News / Book by Member and Director of Institute for North American and European...

“Crisis of Modernity and Modernity in Crisis: Comparative Analysis of Camus and Hedayat”, a book written by Dr. Ruhollah Hoseini, Member and Director of Institute for North American and European Studies of the Faculty of World Studies, was launched in Iran Culture House in Paris. 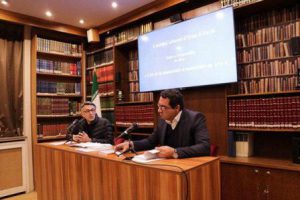 The book is written in French and published by L’Harmattan Publishing Company in Paris. It constitutes a series of research conducted by Dr. Hosseini at the University of Tehran. The book compares Albert Camus and Sadegh Hedayat to analyze their similarities in ideology and their principal differences. The author considers their different choices at the height of modernity and in answering the most important question one encounters in their life. The book is also important as a cultural study of the differences in approaches toward intellectual and cultural origins. 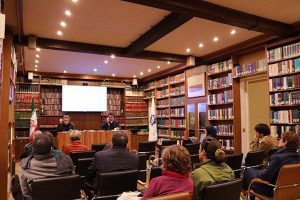 The 13th anniversary of Bolivarian Alliance for the Peoples of Our America (ALBA)...