You are here: Home / News / Dean of FWS’s book launched at the anniversary of Supreme Leader’s 2nd...

“American Exceptionalism, Eurocentrism, and Otherization of Muslims”, a book by Dr. Saeid Reza Ameli, Dean of the Faculty of World Studies and Professor of Communication at the University of Tehran, was launched in a ceremony commemorating the anniversary of the Supreme Leader’s 2nd to American and European youth. The ceremony, held on Sunday, December 3, 2017, in Tehran Hozeh Honari, was dedicated to rethinking and analyzing the content of the Supreme Leader’s letters. 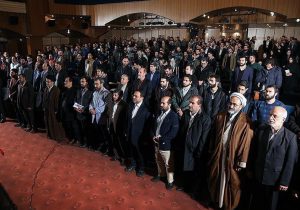 Cultural and scientific figures of the country, such as Mohammadi Golpayegani, Supreme Leader’s Chief of Staff, Ali Akbar Velayati, Supreme Leader’s Advisor in International Affairs, Mohamad Javad Zarif, Minister of Foreign Affairs, Mahmud Nili Ahmadabadi, Chancellor of University of Tehran, and Hamid Reza Moghadamfar, Director of the Staff Agency for Promotion of Supreme Leader’s Letters, attended the ceremony and gave speeches. Dr. Ameli’s book, “American Exceptionalism, Eurocentrism, and Otherization of Muslims”, was launched at the ceremony where Dean of the Faculty of World Studies spoke about the various philosophical, historical, cultural, and political aspects of his book. 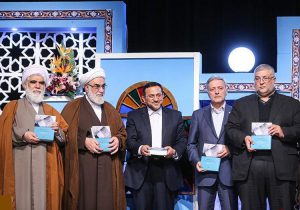 In February 2014, the Supreme Leader issued a critical and enlightening letter to the American and European youth, closing any doors to interaction and cooperation with power-hungry states and politicians who seek their own interests through war and perfectly introducing the US and Europe and the main operators of wars in the past century.

Dr. Saeid Reza Ameli, Professor of Communication and American Studies at the University of Tehran has written numerous critical books on the West and its relations with Islam. In his new book, Dr. Ameli has applied the Supreme Leader’s letter as his theoretical framework and has tried to study and analyze American Exceptionalism inside this framework. Dean of the Faculty of World Studies believes that the aspects of the letter constitute deepest analytical and historical layers although it is a short letter. 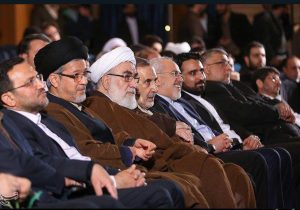 The book is published in Persian and English. Some international thinkers and scholars have talked about the book. Professor Ramón Grosfoguel of University of California (Berkeley) says, “This book is a critical effort in the process of understanding the increasing Islamophobia in the world and the critical state of the contemporary human being. The book professionally analyzes the roots of this issue and provides a new picture of critical studies in the framework of a high-quality critique. Professor Saeid Reza Ameli refers to history, from Andalusia and the Crusades to discovery of Americas in 1492, from the creation of legends about European roots in Ancient Greece during the 18th century and the Eurocentric structures of the modern world’s knowledge to the Orientalist narratives about the war on terror.” 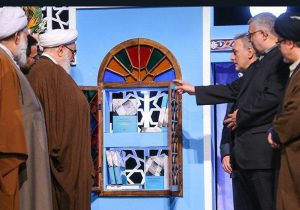 Professor Enrique Domingo Dussel Ambrosini, Professor of Western Philosophy at Universidad Nacional Autónoma de México, says, “This book is a very important innovation in the contemporary arguments about the injustice and cruelty of the West. Anyone seeking knowledge about the past, present, and future of the structures of dominative relations between the North and the South must read this book.” 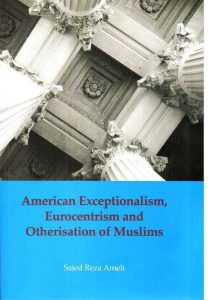 The Persian edition of the book was published by Amirkabir Publications in 2016 and the English edition is published in 2017 by Algorithm publication House in London.

Japanese Ambassador attends unveiling ceremony of 100 books dedicated to the...