Supporters Foundation of Faculty of World Studies founded; Chancellor of the University of Tehran, Minister of Foreign Affairs, and Minister of Housing and Urban Development attended the ceremony

You are here: Home / News / Supporters Foundation of Faculty of World Studies founded; Chancellor of...

Supporters Foundation of Faculty of World Studies founded; Chancellor of the University of Tehran, Minister of Foreign Affairs, and Minister of Housing and Urban Development attended the ceremony 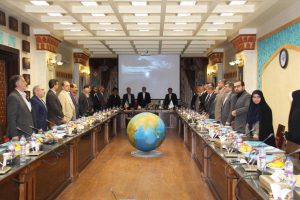 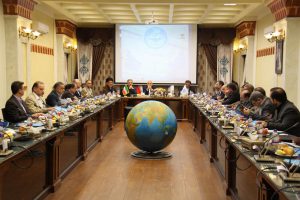 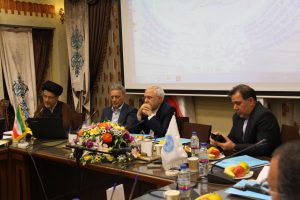 “In 2001, when we visited the Supreme Leader, he mentioned the activities for establishing such an academy and he argued that the programs selected by the university were in the interest of the government officials, especially on a strategic level. Supreme Leader asserted that governmental institutions need such studies strategically,” Dr. Ameli continued. Dean of the Faculty of World Studies asserted that this type of studies related to national security would guarantee the secure and safe path for people’s lives and changes in the country’s economic system and play a critical role in cultural security in a globalized world. 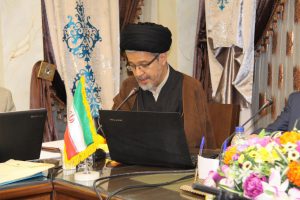 Dr. Ameli finished his speech by celebrating the scientific level of the Faculty of World Studies and said, “In this thirteen years that have passed since the establishment of the Faculty of World Studies, many of the alumni of the Faculty have entered the Ministry of Foreign Affairs, Ministry of Defense, the Media, and departments of strategic studies. The Faculty has held more than 200 national and international events during the past year and requires a better environment to improve. This will be accomplished by the assistance of the Supporters Foundation of University of Tehran.” 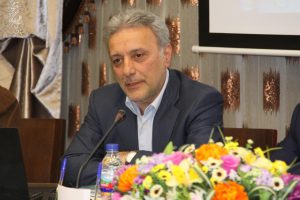 The next speaker was Dr. Mahmoud Nili, Chancellor of the University of Tehran. He greeted the guests and began his speech by discussing the changes in governmental support paradigms for higher education toward private sector supports around the world.

Dr. Nili mentioned the increase in the number of school-makers and public participation in such events after the Islamic Revolution and, asserting the significance of such actions, requested a sociological study of the phenomenon by faculties of social sciences.

“Fortunately, the school-makers understand that the only charity that is comparable to building schools is supporting higher education and universities. If we want to overcome underdevelopment and guarantee the country’s national security and future, we need to school individuals who can play a significant role in building the country,” he continued. 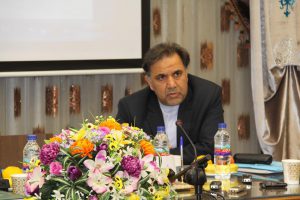 Dr. Akhondi continued, “I believe our most urgent issue is still acquiring a proper understanding of the regional powers in different political, economic, and social areas. We need to know how we can demonstrate Iran’s true position in this case. Therefore, the Faculty of World Studies is a place that can be of great assistance for the country’s policymakers.”

Member of the Faculty of World Studies also mentioned that “Most of our faculties have a primitive approach toward education and are less likely to attend real issues. The faculty of World Studies, where its programs are mostly case-oriented, can demonstrate a more effective cooperation, especially in the post-JCPOA era. This Faculty can also be of assistance in housing and urban development by properly studying other countries.”

“The Faculty of World Studies plays an important role in national development and acknowledging the true position of the country in the world in different areas of power. Therefore, those who seek the development of Iran must pay attention to this Faculty,” Minister of Housing and Urban Development concluded. 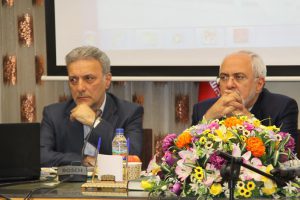 Dr. Mohammad Javad Zarif, Minister of Foreign Affairs, was the next speaker at the meeting. Pointing out the current situation of the international system, he argued that, “Most of the studies about the international affairs argue that there are major challenges around the world, most important of which is the perception challenge. There is a false perception in the world about the international affairs, especially about the Middle East and Iran. We believe that the policies that are in action against the Islamic Republic of Iran are based on specific strategic designs to confront the Islamic Republic system.” 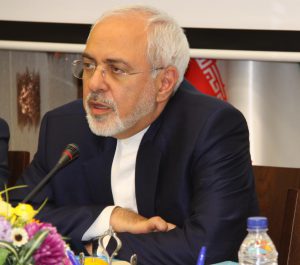 “The current situation has created an environment where a country that is armed with proper perception, understanding, and calculation can more effectively use its capabilities in the international system. Therefore, we need an institution to produce and teach the proper perception,” Dr. Zarif asserted.

Referring to the nuclear talks between Iran and 5+1, he mentioned that, “The alumni and the students of the Faculty of World Studies helped us through those negotiations in many occasions. One of the most successful periods of JCPOA talks in Vienna took place because of this assistance. At the Ministry of Foreign Affairs, we must move toward a direction where we can utilize this knowledge more than before. This faculty can go down a path where it can educate individuals who will turn into great diplomats for the country.”

Minister of Foreign Affairs concluded his speech by asserting that investing on students in areas of national security and development in the framework of the faculty of World Studies have been important efforts by the University of Tehran. 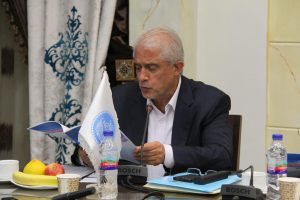 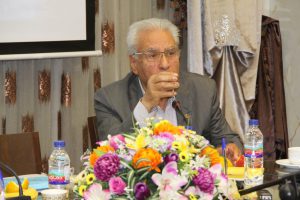 Dr. Hafezi, Director of the School-makers Charity Society, was the last speaker at the ceremony. He appreciated the efforts by the University of Tehran and the Faculty of World Studies to hold the meeting and to develop the county’s educational infrastructure. “This academic effort is very valuable. We hope that we can see the outcomes and benefits of this meeting in the coming years,” he said.

At the end of the meeting, the Articles of Association of the Supporters Foundation of Faculty of World Studies was signed and the Members of the Board and other members of the Foundation were appointed. 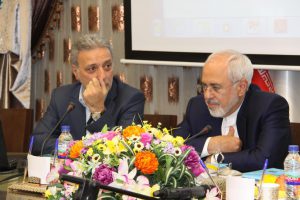 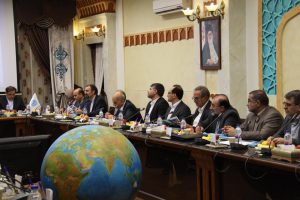 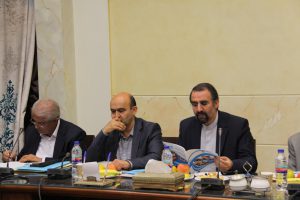 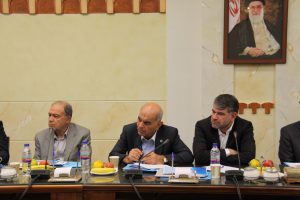 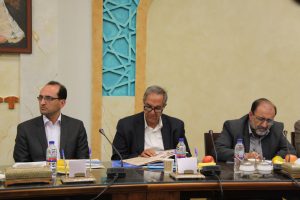 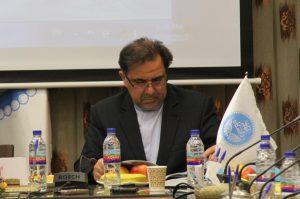 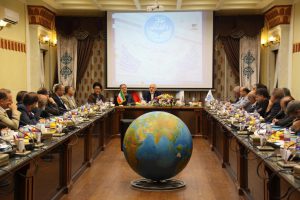 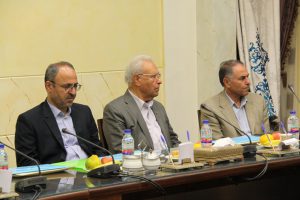 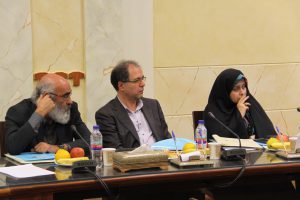 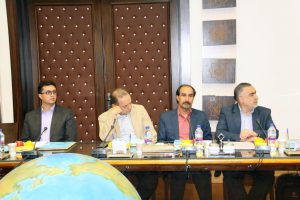 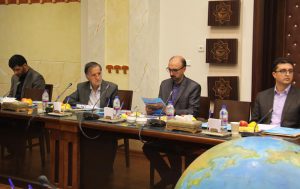 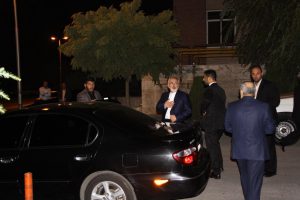 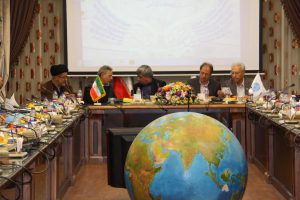 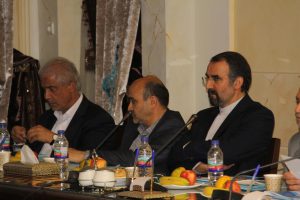 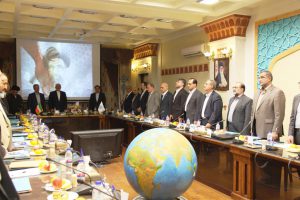 4th Meeting of the Institute of North American and European Studies Meetings...